Why Low-Code Platforms Are Exploding in Popularity 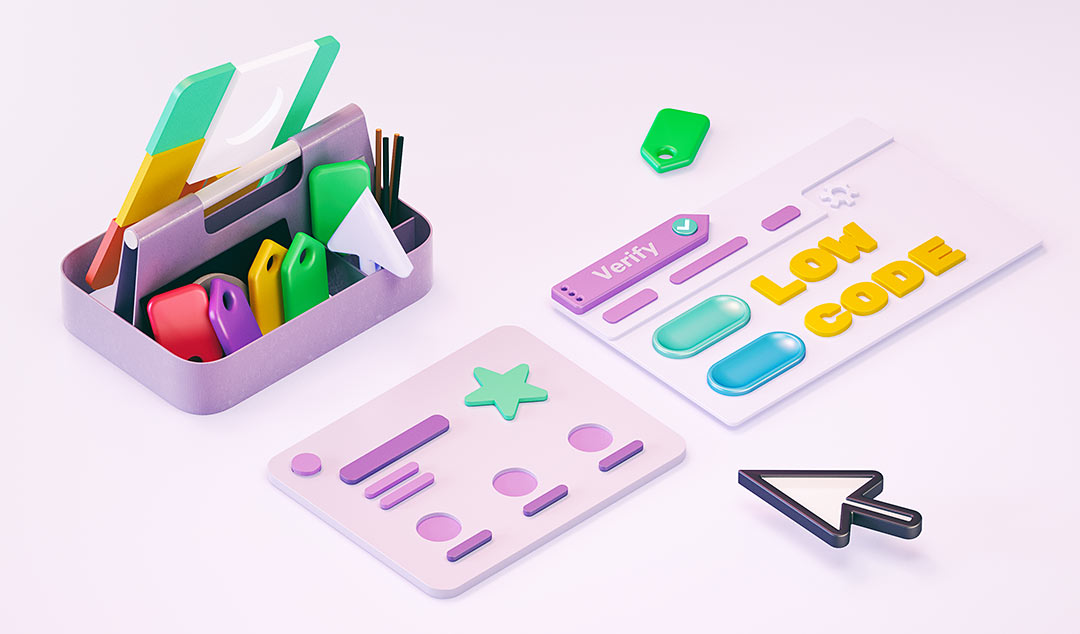 Every business is becoming a software business, making digital transformation a critical initiative for maintaining a competitive advantage. Although the need for modern software is affecting every industry, there’s a finite supply of developers who have the skills necessary to program applications from scratch.

To overcome this shortage of tech skills, more companies are adopting low-code/no-code platforms as it greatly reduces the barrier to entry in application development.

Recently, the use of low code has exploded, attributed in part to the COVID-19 pandemic as well as to the increasing pressure on IT to not only deliver value to businesses but also to their end users. In fact, the use of low-code and no-code technologies will nearly triple by 2025, up from less than 25% in 2020, according to Gartner Inc.

Gartner notes that the increase in low-code application platforms is responsible for the increase in citizen developers, particularly business technologists who are not part of their companies' IT departments but develop technology or analytics capabilities for business uses inside and outside their organizations.

Increasingly, one of the biggest business challenges for organizations is hiring developers with the right skills. And this developer shortage has resulted in an increase in software developer salaries — the median computer programmer salary in the United States is more than $100,000 annually, in some states that's twice the average regional salary. That makes it even more difficult for companies to hire software developers.

One of the benefits of low-code technology is that is enables companies to deal with this shortage of developer skills by allowing business professionals as well as IT to create applications with fewer developers or without any developers at all. Consequently, it's much easier for organizations to develop custom software using low-code platforms.

Breaks down silos in organizations

A number of DevOps initiatives don't meet expectations, in part because teams are having problems working with data silos across IT and the business. Silos can hinder these DevOps efforts because it's not easy to connect disparate systems, resulting in unreliable and error-prone integrations.

In addition, not having visibility across technology stacks makes troubleshooting more difficult and costly. However, low-code technology can break down the silos between business and IT by building a bridge between existing solutions that aren’t designed to integrate with each other, giving DevOps teams a unified view of the data.

The increase in enterprises' digital transformation initiatives is putting pressure on IT to deliver new business applications more quickly. And the increased need for custom software to support these digital transformation efforts has led to the advent of citizen developers. These are people with little or no formal coding experience that can use low-code tools to build business apps to facilitate their companies' processes.

Low-code development tools do this by employing visual interfaces rather than programming to build applications, enabling business experts with little coding experience to develop applications.

In today’s digital world, low-code development makes it easier for organizations to build modern business apps, in part because they can rapidly adapt and respond to fast-changing business requirements.

As noted, since the low-code development doesn't depend on highly specialized programming languages, non-technical users without extensive coding training can use visual point-and-click tools to build lightweight applications.

Low-code development platforms also help organizations save money by helping to reduce recruitment costs. Recruiting, hiring, and retaining developers is a huge issue for companies. Low-code development tools, however, allow non-technical employees to develop applications. In addition, giving developers access to low-code tools can help simplify their jobs, freeing them from manual and repetitive tasks that slow the pace of development and allowing them to focus on more value-added tasks.

Functionize democratizes testing and allows people of all skill sets, including business testers, to participate in building automation. Since low-code testing tools provide intuitive interfaces, users don't have to write scripts or code to run tests. Low-cost test automation follows in the vein of low-code development tools that allow developers to build apps more efficiently so they can spend less time on repetitive activities and more time on value-added work.

With Functionize, developers can still contribute to building tests using extensions and custom JavaScript overrides. And since Functionize is fully cloud-based, more people can access and see the results, increasing the visibility of tests and making results easier to interpret with screenshots. This is unlike scripted open source automation tools that require individuals to have coding knowledge so they can understand why something failed or what needs to be fixed.

The bottom line: with a low-code test automation solution, such as Functionize, organizations can create automated tests without the need for code as well as transition their manual tests to automated ones fairly quickly.

Why Software Testing Should Be Considered a 'Profit Center'
What Needs To Be on CTOs Software Testing Roadmaps
How AI-Based Testing Fits into Your Software Testing Maturity Model
What data does Functionize collect, and why?
Why is QA lagging behind software development in innovation?
Salesforce Testing: Empowering your whole team with smart testing