Via cloud based DevOps your development teams can achieve greater business impact, effectiveness, drive substantial and productive IT transformation 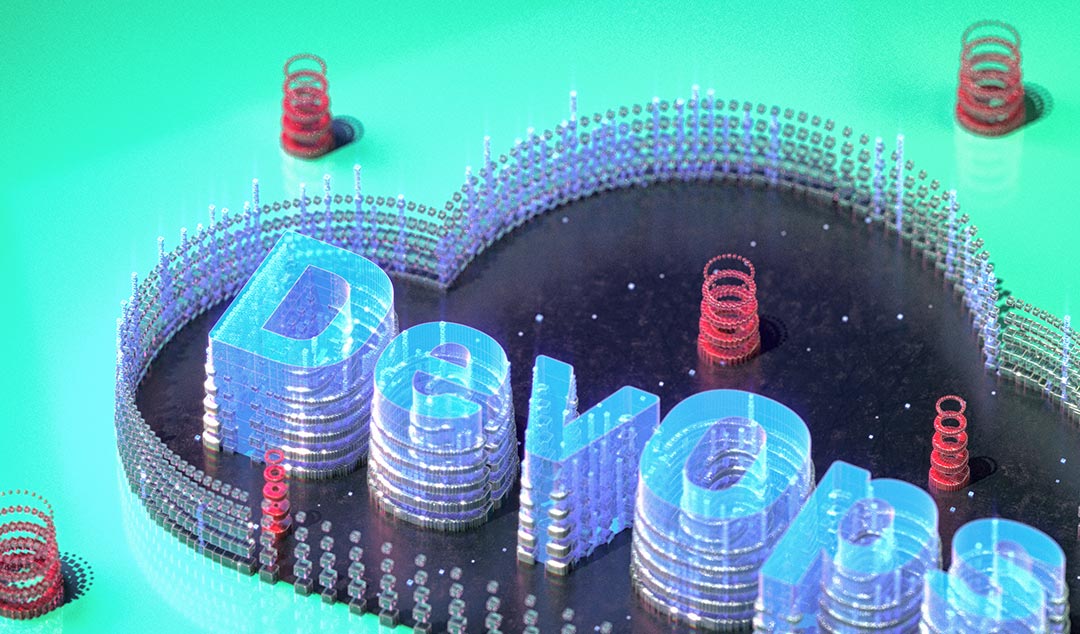 Many of these leaders want to employ more cloud resources. However, their companies have many existing DevOps processes that are incompatible with cloud computing. They realize that there are many benefits that can come from adopting and integrating DevOps into the cloud. Companies that pursue cloud-based DevOps will move into a better position for competing in an increasingly complex marketplace.

Instead of reinventing DevOps, the key to successful cloud integration is to adopt and execute solid engineering practices. Typically, this involves updating infrastructure and architecture, modernizing existing applications for redeployment into the cloud, and selectively developing new cloud-native applications. The primary goal is to establish a technology operations model that enables an organization to innovate more quickly. Another achievable goal is to develop and deliver software features much more efficiently.

The benefits of cloud-based DevOps

DevOps is all about using computing resources to automate agile methodology. The aim is to enable developers to be highly responsive to the needs of their organization.

When a team implements DevOps effectively, it can remove much of the inefficiency and latency that exists on conventional software development teams. Since cloud computing is quite centralized and highly scalable, it provides DevOps automation with a standard and centralized platform for integration, testing, deployment, and production.

DevOps has the flexibility to readily grow and adapt with organizational requirements.  The distributed nature of some enterprise systems doesn’t fit well with centralized, pipeline-based software deployment. Using a cloud platform eliminates many of the issues with such legacy systems.

Another benefit is that cloud-based DevOps minimizes the need to track which resources are being utilized. Cloud service providers employ usage-based tracking and administration, which monitors resource use according to developers, applications, users, and data sources. Most conventional DevOps systems don't such abilities. By contrast, cloud-based DevOps makes it much easier to track development and deployment costs—and make adjustments as necessary.

Modern DevOps is driving teams to the cloud

When an enterprise leader looks for ways to improve their app development processes by moving from conventional deployment to modern DevOps, s/he also understands that DevOps alone won't be able to do it all.

The delays involved in making hardware and software purchases will bog down the development process, even if it's managed with agile methodology. The development team will have to wait for all of the infrastructure to be established before deploying any applications. Many teams are coming to realize that modern DevOps doesn’t have much value without the cloud.

When setting out to build cloud-native applications, it’s vitally important that the change begins with the development team—not senior management.

Everyone who is immersed within the effort should work hard to understand all the details and advantages of building cloud applications using modern DevOps tools. Those who aren't convinced of the benefits are likely to impede progress and respond incorrectly to the problems that will surely arise.

When evaluating cloud service providers, it’s important to proceed cautiously. When choosing a cloud platform, too many development teams make hasty decisions. Lamentably, such decisions are made before establishing a DevOps organization and before finalizing process definitions.

To minimize costs, reduce frustration, and maximize effectiveness, DevOps and cloud solutions should evolve in close synchronization. Careful planning is necessary to successfully automate agile processes—using both cloud and conventional DevOps automation tools. In most environments, it’s also essential to plan for extending those DevOps processes into public and private clouds.

Cloud computing gives developers much more control over each and every component, and this increases efficiency and flexibility.

More control and an app-specific infrastructure also make it easier for team members to maintain ownership over more components. Developers can exploit various cloud services and tools to automate many different processes. Using code to manage and provision resources, service teams can significantly improve the momentum of many development processes. In addition, this level of automation can establish repeatability and eliminate many cases of human error.

Another aspect of cloud computing that can offer substantial benefits is the ability to establish self-service automation for infrastructure provisioning. This removes the dependency on IT operations for provision resources. Developers can quickly run experiments and reach failure more quickly. Additionally, they can build variants to find optimum solutions. Cloud-based DevOps eliminates lengthy queues and enables highly efficient integration and deployment.

It’s easier to talk about the benefits of cloud-based DevOps than to do the hard work to get it done.

This will certainly be the case if a team is unfamiliar with DevOps tools and DevOps cloud services. Implementation of the tools and services isn’t something that can be done in sequential order—especially given the various interdependencies that were discussed above.

We recommend preparing a plan that includes the following:

1Ensure that the business case definition is well established and the funds are in place to support all implementation efforts.

3Carefully define the all initial DevOps processes. However, it’s important to keep in mind that these processes will change continuously. Errors, application changes, optimizations, and periodic reviews will cause such changes to various DevOps processes.

4Define and establish the initial DevOps implementation, including all integrations with the cloud platform. Take time to thoroughly understand the target platform, so that your team can drive toward achieving synergy with all DevOps processes. Precisely define all of the objects and procedures that will be necessary to support your development pipeline.

5Get the entire team on board with DevOps. Ensure that everyone is doing all they can to integrate DevOps and have it drive cloud-native development. This has proven to be a challenge for many organizations that are implementing DevOps processes and cloud integration simultaneously. Adopting both in parallel causes stress for teams that consist of conventional developers and testers who may want to learn but need much guidance.

6Define CloudOps, which governs how applications will function in the cloud. It’s true that most developers want very little to do with operations. This simply cannot be the case when adopting an integral DevOps-in-the-cloud model. Such teams must resolve never to return to the old model of flinging code over the wall and hope all will be well. With proper focus and dedication, cloud-based DevOps will provide developers with much better visibility into how their applications function. In addition, the feedback from this visibility is very useful for improving the cloud application.

DevOps and the Cloud: A Perfect Match

Any team that wants to leverage DevOps for maximum flexibility and agility will need to bring its DevOps processes into the cloud.

Many good things can happen when big ideas come together. When they encounter the concept of cloud computing, most people immediately think of AWS. Since AWS is one of the originators in this field, this is entirely understandable. But, keep in mind that AWS is all about public cloud computing. Simply speaking, external users lease machine time from AWS resources. It’s interesting to learn that, prior to Amazon offering public cloud services, the company was running an on-premise private cloud environment. This same environment runs today and provides the same elastic availability to computing resources and the same sets of APIs. To meet security requirements, your team may want to consider a private cloud platform.

If your company has requirements to maintain all of its assets on servers that it owns, it can set up a private cloud infrastructure. Most of the same benefits that are available to Google or AWS customers can be made available to you. Google Cloud empowers Functionize to use DevOps techniques to quickly provision and deploy tests using huge ranges of emulated devices, on demand, greatly expanding our cloud testing suite.

By combining DevOps and cloud computing, your development teams can achieve greater business impact and effectiveness. Together, both of these technological innovations can drive substantial and productive IT transformation. In so doing, your team can have more positive impact in reaching business goals, irrespective of your DevOps definition.