A deep dive into smoke vs. regression testing, including common myths, basic functions, when, and how to use each for optimal software testing.

Your testing objectives will determine whether you should use 'smoke testing' or 'regression testing.'

'Regression testing' measures the software performance after a few features get added or altered to ensure existing functionality is not broken by the new or altered features.

Smoke testing and regression testing are two concepts that must be ingrained into a QA tester's life before they can feel accomplished.

But even though these words get often overused, they contain some typical fallacies.

Let's go through some popular misconceptions and misunderstandings around smoke and regression testing before we get into the specifics of what they represent and how to use them:

Myth 1: One need not perform regression testing if there is not enough time.

Fact: It should be mandatory; else, all subsequent processes would lack confidence in the product's success.

Myth 2: You can only perform regression testing by using an automation technique.

Fact: Not exactly. The application of automation ensures time preservation. But it's also practical to perform manual tests for regression testing also.

Myth 3: One can avoid the other tests if one is performing smoke testing.

Fact: Smoke testing is a very quick and high-level test performed to ensure the build is ready to start any other testing type. For instance, this might be a check to verify the build installs before others get started. Smoke tests and tests like sanity test cases occasionally run together, but they don't apply as two interchangeable terms or tests.

Myth 4: Regression testing has nothing to do with other forms of testing.

Fact: According to theory, regression testing is a subcategory of sanity testing and can be included as part of integration testing.

Fact: This is not the way test cases must run. It's crucial to carefully choose the appropriate test cases while considering the kind of change and what areas are being impacted by the change.

Fact: This is not entirely right. Regression testing should occur logically and as per the need of the program.

In this blog, we strive to resolve these misconceptions.

Refer to Functionize if you want to learn more about the testing process.

Worth noting: 'Software Build' is a process of translating source code into a user application following several revisions and code modifications. Software Build development incorporates multiple methods such as Version Control, Code Quality, and Compilation. Software build is essentially the output of this building process.

Testers or developers test the pre-production software to flush out issues and repair them. Before taking further steps in the Software Development Life Cycle (SDLC), they want to rectify any concerns quickly. Developers often take time to do this.

The goal is to immediately eliminate mistakes so that advanced testing is not a waste of effort. A PASS indicates there is no sign of an abnormality, and further testing can start.

The method of Smoke testing takes place in the early phases of the SDLC. Smoke testing runs before the program gets put through extensive functional and integration testing.

Smoke testing ensures that the program or software's fundamental or core capabilities operate as intended. The goal of smoke testing is to reject a damaged build before it gets too far in the SDLC. So that the testing team does not lose time installing and testing a damaged software application.

Smoke testing can apply to testing the essential portions rather than the entire application.

When Should Smoke Testing Be Done?

The team performs smoke testing whenever a new version of the application is created and merged with an old build that deploys in a QA/staging environment. It guarantees that all crucial features are operating well.

Usually, smoke testing uses the Black Box Testing approach that can be carried out manually or automated.

Usually, this type of testing occurs before running actual automated test cases. Smoke testing is similar to the implementation of the first test case or the effective installation of the build for executing test cases in companies with ongoing testing built-in.

Accordingly, this form of testing is not intentionally automated. Although if test automation is in use, it can only be effective after the product has cleared smoke testing. Otherwise, the first test case that runs can be unsuccessful.

All the impacted features of the program require thorough testing after sanity testing of the modified functionality is over. And this is regression testing.

Test scenarios must get conducted once problem fixes are made to the current program to validate the changes. In addition to this, based on the code modifications, the QA team must additionally examine the affected areas of the software. All the test cases will need to be run during regression testing to address associated features.

It involves testing a system's functionality to ensure that additions or modifications to existing codes have no negative influence on how the software functions.

The business of developing apps and encouraging users to download them is challenging and fiercely competitive. Developers stress over things like how to make their software even slightly superior to that of a rival firm. An obvious solution is to enhance the functionality.

This kind of quality assessment not only guarantees the comprehensive quality of the build but also supports the product's performance, eliminates recalls, reduces the likelihood of customer complaints, and encourages customer retention.

With that said, regression tests ensure that defects discovered earlier in the testing process are not reoccurring in the code.  In addition, the earlier defects are found the less expensive it is to fix and retest.

Only thorough functional testing services can ensure such high performance and remove uncertainties. While skipping this testing for unforeseen difficulties might sabotage the software's success and customer delight.

When Should Regression Testing Be Done?

The right time for regression testing is after modifications or new features have passed Smoke Testing. The daily test cycle for the release, which will take months to complete, must include regression tests.

Regression tests can run for weekly releases after Functional Testing for the modifications are complete.

The best test cases for automation are regression tests. These test cases are often automated initially when an organization begins automation.

If regression testing consumes time or the same test cases get run by testers. It’s time to consider automation.

Choosing the appropriate tool is equally important if you're searching for an automated regression testing solution to start your automation journey.

What are the differences between Smoke Testing and Regression Testing?

Conducted on the build in the initial stages

Performed in the stable and final phase

Puts the new build's stability to the test

Following new features or code changes in the current build, tests the functioning of all impacted aspects

Includes extensive testing once new functions get implemented, focusing on all the relevant parts, including untouched parts of the software

Carried out, at times by developers and by testers

Carried out by testers, primarily through automation

Smoke and Sanity Testing is a subset of Regression Testing

Routinely carried out each time a new build occurs

Execution: Regression and smoke testing are done manually or through automation technology.

The concept for selection: Prioritization through Impact Analysis is essential in both approaches to consolidate the test suite and increase testing efficiency. Regression tests and smoke tests are frequent testing methods. Although performed often, the intervals between them may change.

Tested features: If new features are integrated into existing functionalities, they are tested with both methods.

Time management: Smoke testing helps the QA team conserve time by swiftly determining whether or not an application is functioning correctly. In addition to this, it guarantees that the product qualifies for additional testing.

Increased Trust: Regression testing, however, contributes to increased assurance with regard to program quality following a specific update. Particularly that associated areas remain unaffected by the code modifications.

Teams responsible: Smoke testing is a rigorous method executed by either the development team or the QA team. Regression testing, however, is only carried out by the QA team.

The QA team may be required to run Smoke and Regression tests on their software build depending on the testing needs and time constraints. In these circumstances, smoke tests come first, then other tests, and regression testing is scheduled based on the time available at the end of the SDLC.

Smoke and Regression testing are crucial for all QA teams in actuality. A predetermined number of test cases for these testing categories must run repeatedly. They are also ideal for test automation because of their repeated execution.  If changes are deployed frequently, the automation gives you the ability to the run the tests daily, weekly or monthly depending on the frequency of your releases.

Finally, it's important to note that regression testing is required even when the code lines transferred or added were developed by separate developers. The inconsistent authoring styles of their coding may impair performance after integration. So, teams must conduct tests to eliminate this issue.

What is Parallel Execution? 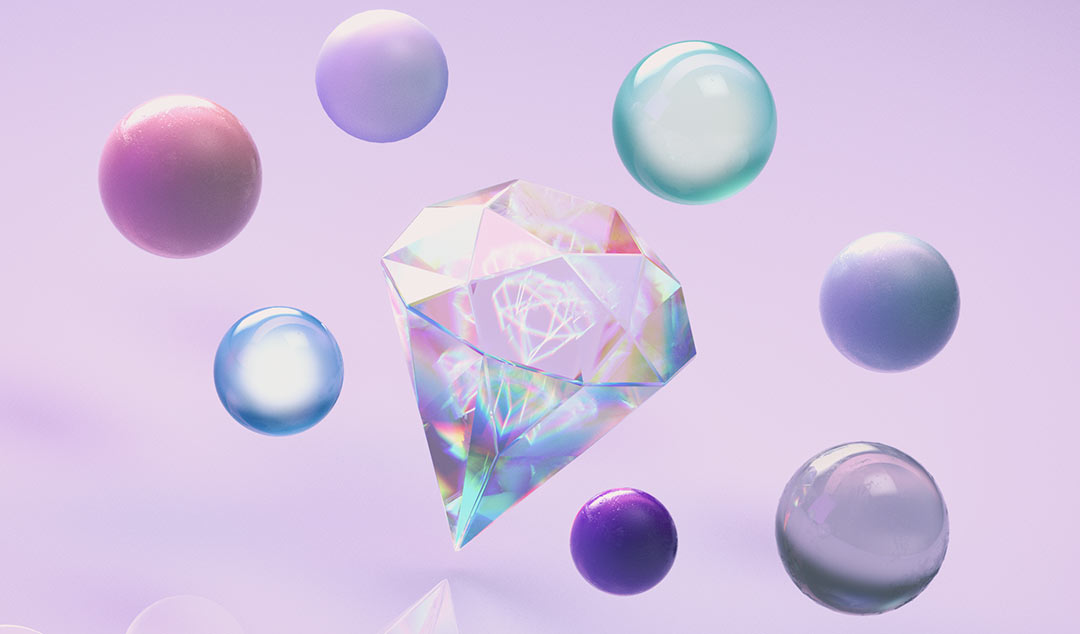 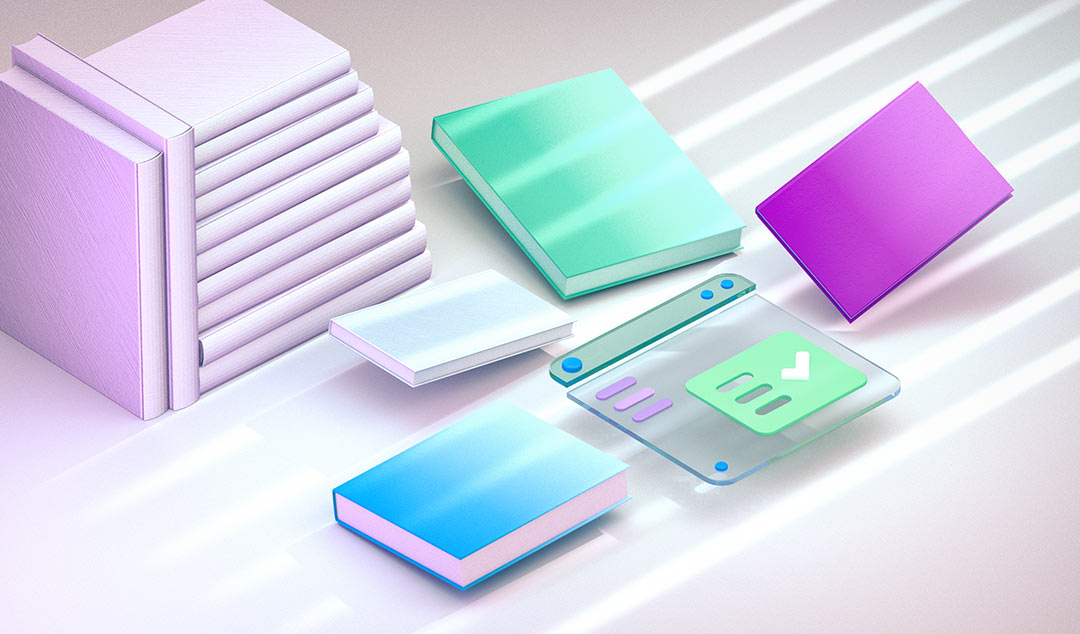