The test automation paradox: how it slows your team down

Test automation is a no-brainer for Agile development and CI/CD. But there’s a paradox. The more tests you automate, the less time you have to automate more. 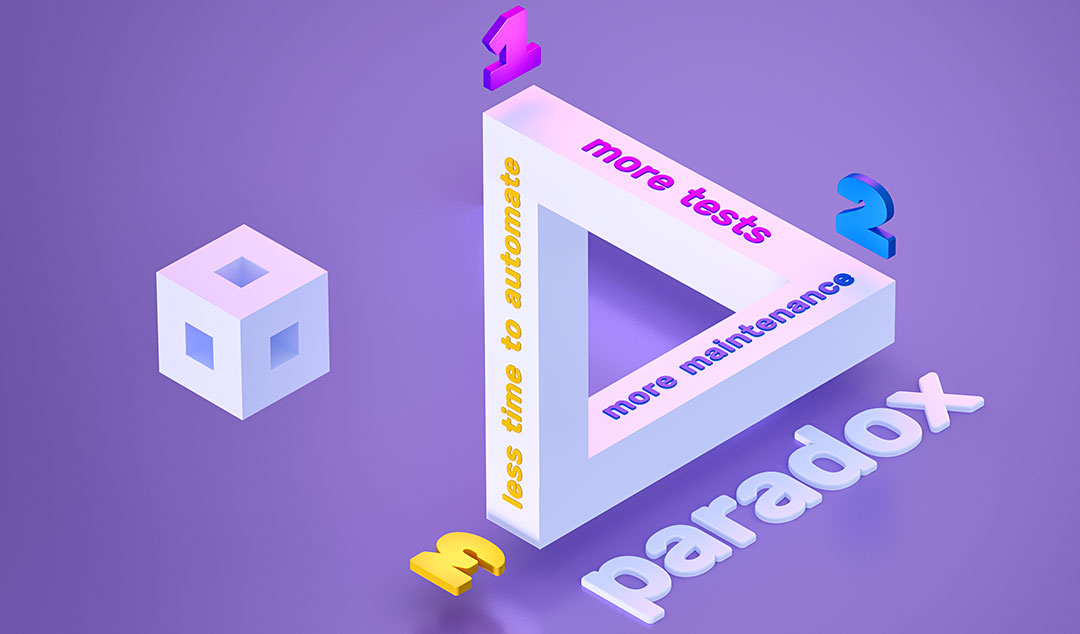 We all know test automation is a requirement to meet the demands of modern software development. No other testing approach can keep up with the speed of Agile development and constant releases. But many companies implementing test automation find themselves stuck in the test automation paradox. The more tests you automate, the more time and effort you need to spend on maintaining those tests. Here, we see how this paradox limits the potential of test automation and show how Functionize’s AI-powered platform solves the paradox.

The origins of the test automation paradox

Test automation has been mainstream since the creation of Selenium in the early 2000s. Even before that, some companies invested in custom-made test automation platforms. These legacy test automation approaches rely on test scripts to tell the test framework how to interact with your application. Each script describes a test case step by step, explaining what item to select on the UI, what action to take, and how to assess the outcome. However, Selenium test scripts have some problems:

Taken together, these problems create the test paradox. Specifically, the more tests you manage to automate, the bigger the test maintenance burden becomes. Automation is supposed to speed things up, but maintenance slows things down. Eventually, this can overwhelm even the best test team.

The impact of the test paradox

Test automation is a big investment for companies. You need to hire skilled test engineers, who are in short supply or very expensive. You have to select or develop a suitable framework. Then you need your test team to keep up with the pace of development. With modern Agile development and CI/CD, companies often release new features weekly or even daily. Your test team has to try and develop tests for these new features while not letting the existing tests get outdated. The ironic thing is, the more tests they develop, the less time they have available to develop more tests.The upshot is, your test team starts to focus their attention on maintaining and improving the tests, rather than ensuring the quality of your releases.

Developers will be familiar with the idea of a backlog. For software development, it’s a positive sign. After all, you don’t ever want your developers sitting idle. However, test engineers often also end up with a backlog. This is much less healthy. The test team’s primary job is to thoroughly test your software before release. If they have a backlog it means many tests are either not being done, or are being done slowly and manually. Thanks to the test paradox, once you have a backlog it can be incredibly hard to attack it. It’s not like testers can defer testing the upcoming release in order to reduce their test backlog. Companies seldom let the QA team hit the pause button on development!

A test backlog is often a symptom of test automation debt. This happens when your test team is forced to let something slip because they can’t keep up. This trade-off can take two forms:

What is the solution to the test automation paradox?

Solving the paradox is deceptively simple. You need to find a more scalable way to automate your tests. More specifically, you need to:

Fortunately, Functionize provides all these features. Our AI-powered test automation solution makes it easy for anyone to help increase test automation. We use techniques like self healing and SmartFix  to eliminate most test maintenance. And all your tests can be run in our Google-hosted Test Cloud. The upshot is, you can automate more of your tests, spend less time on maintenance, and deliver nonstop testing at an unprecedented scale. To find out more, book a demo today.