Test Ops: What You Need to Know About This Trending Initiative 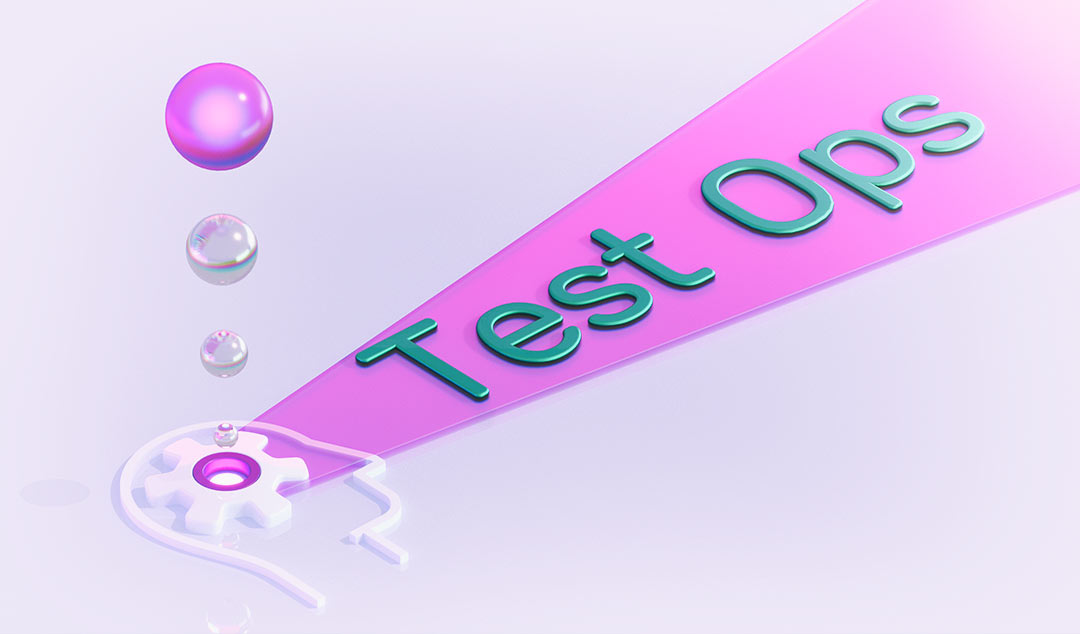 You’ve all heard of DevOps, where you speed up releases by narrowing the gap between operations and developers. But there’s a new kid on the block.

Here, we explain what Tes Ops is and show why you should embrace it fully.

The history of DevOps

DevOps is a portmanteau of Development and Operations. Put simply, it involves applying Agile methodology to the problems of deploying rapidly and at scale. In the modern world, most software applications are delivered remotely from the cloud. But with this comes a problem.

For instance, if all your company documents are accessed and edited remotely, you become dependent on the reliability of the network and infrastructure. Any outage instantly impacts your productivity. This has become really apparent in recent months, now that so many of us are working from home. Typically, domestic network connections are less robust than office ones. They often have much lower upload speeds, and in many cases, you may be sharing it with your partner and children. But that’s a solvable problem.

What you can’t solve is issues inside the network itself. Or even worse, issues with Google’s servers. We all saw the impact of that a few months back when Google had problems with their authentication servers. Suddenly, companies across the world found their staff being unable to work. Fortunately, the problems were fixed relatively quickly, thanks to DevOps and Google’s large team of Site Reliability Engineers.

What actually is DevOps

Many people have tried to define DevOps over the years. It’s one of those concepts that people understand but find hard to describe. One attempt at defining DevOps states:

“[DevOps is] a set of practices intended to reduce the time between committing a change to a system and the change being placed into normal production, while ensuring high quality.” DevOps: A Software Architect's Perspective.

In essence, DevOps involves merging the skills of sysadmins and operations engineers with those of developers. That is combined with rigorous testing of software before release, the use of extensive monitoring, and the concept of accountability. The problem is, DevOps is largely reactive. That’s why we need to embrace Test Ops. But first, let’s take a brief detour.

Why testing started to shift right

Testing traditionally happened right at the end of software development, just before release. Over time, we have seen this traditional sequence being eroded. First, we began to shift left, trying to test earlier so as to find bugs quicker. Then we started to see a move to shift right. This involves moving some of your testing into production. In part, this is to support DevOps. Adding testing in production reduces the risk that things will go pear-shaped. For instance, canary testing allows new features to be tested at an increasingly large scale. If you see any instability, you can roll back the release. By contrast, AB testing allows the product team to e.g. choose between two different UIs. And dark launching lets you prepare for a red-letter day launch, giving confidence that your new feature is stable.

From DevOps to Test Ops

DevOps is an essential part of any modern software development cycle. But it has definite limitations. For instance, it is almost always reactive—you monitor the backend and react to any problems that are detected. For another thing, it can only view your system from the inside—you can’t see issues that only impact the frontend. Test Ops attempts to address these issues.

Test Ops refers to the use of QA test automation approaches to monitor the real-time performance of your production environment.

Test Ops relies on active testing of your system to identify problems before they occur. Typically, that means using your automated tests to test your production system. This sounds easy, but of course, most automated tests are designed to run in your local test environment. That means cloud-based testing is a prerequisite for Test Ops.

Testing with real use cases

The second aspect of Test Ops is related to the first. By using your automated tests, you ensure that you are testing real use cases. In other words, you are seeing how the system reacts from a user’s own perspective. This is especially important for testing complex flows that interact with multiple backend elements. For instance, logging in interacts with AAA, pulls the profile from the DB, and serves the homepage from your frontend engine.

That use of real use cases also achieves the third element of Test Ops. Often, errors are only visible to the actual user. For instance, seeing that the login is much too slow, or that the wrong element has been displayed on the screen. These errors are effectively invisible to the backend. This is especially true when you are dealing with in-network caching, where some or all your content is delivered from a CDN.

All these features reflect the use of traditional QA techniques in an operational environment, hence the term, Test Ops.

Test Ops is a two-way process

Defining test plans is something of an art. You might want to test every possible scenario and user interaction, but that’s often not possible with the time and resources you have available. As a result, even the biggest companies in the world can suffer from bugs. What Test Ops enables is a two-way flow of information about which features your users actually access and how they do it. Moreover, it can reveal issues with how you actually run your testing. For instance:

All these are cases where your testers need to see what is happening in production.

Functionize is the ideal platform for Test Ops. We use AI to deliver smart test automation from the cloud. This delivers 4 key benefits:

All these features are important for Test Ops.

So, how do you actually go about implementing Test Ops with Functionize? The first step is to automate as many of your tests as possible. Focus on tests that relate to the most frequent user flows in your system. Next, create a comprehensive set of tests that reflect the typical use of your application. Effectively, this is a form of smoke test—your aim is to spot any problems before your users do. Now, use the Functionize Test Cloud to conduct tests against your production system from every region where you have users. Finally, monitor the live test results and trigger alerts if anything is wrong. You can rely on our advanced visual testing to flag content errors or use our visual completion metric to spot when the backend is running slow. To see how easy all this is, sign up for a free trial today. Or you can book a live demo with one of our team.

Why you need e2e solutions for e2e testing
Why and How To Implement Agile Test Automation
Shifting Left vs. Shifting Right—Which Is Right for Your Company?
Software testability – what it is and how to improve it
How A Continuous Testing Strategy Powers Continuous Delivery
Top 4 Benefits of Smoke Testing, and How to Automate